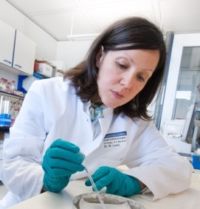 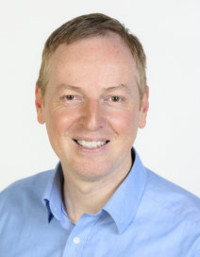 During infection, the HIV genome needs to cross the permeability barrier of the nuclear envelope (NE). Prior to nuclear entry, the Pre-integration complex (PIC) containing the reverse-transcribed genome and viral proteins capsid (CA) and integrase (IN) is formed in the cytoplasm. PIC docks to and is transported through nuclear pore complexes (NPCs). Subsequently, the HIV genome has to integrate into the host genome in order to transcribe and replicate. Our mechanistic understanding of these steps of the HIV life cycle is incomplete, although they are of utmost importance: by becoming an integral part of the host cell genome, the virus in disguise cannot be targeted by current antiviral treatments.

We previously demonstrated that the integration of the HIV-1 genome does not occur randomly but preferentially targets a subset of genomic regions. These Recurrent Integration Sites (RIGs) are highly active genes positioned at the nuclear periphery. The targeting to RIGs is dependent on the nuclear pore complex proteins Nup153 and Tpr. However, how exactly these nucleoporins (Nups) contribute to nuclear entry, integration site selection and possibly even subsequent transcription of the HIV-1 genome, remains unclear. To determine if and how capsid uncoating is triggered and potentially coordinated with nuclear entry might be important to ultimately prevent genome integration.

The goal of this project is to decipher the role of nuclear pore complexes during HIV-1 infection and subsequent transcription. We want to use correlative cryo light and electron microscopy (cCLEM) techniques in collaboration with Kräusslich to visualize the docking of PIC to NPCs and to determine when exactly capsid uncoating occurs. Using perturbation experiments we want to elucidate if and how HIV-1 manipulates NPC architecture, conformation and composition during infection. We propose to use proteomics and genomics approaches to determine how NPC proteins guide integration into RIGs, and how they subsequently define the transcriptional properties of these genes and the integrated HIV-1 genome (gene gating). If successful, the research proposed here will not only have human health relevance, but also reveal mechanistic insights into the role of NPCs in genome organization. While the Lusic laboratory focuses on genomics, gene expression and nuclear architecture of infected cells, the Beck laboratory possesses a well-documented expertise in the structural biology and proteomics of NPCs. Here we will join our forces to study the role of Nups during HIV nuclear entry, integration and subsequent transcription. We will work in close collaboration with Kräusslich and Lemke to establish the role of HIV-1 capsid and NPC interactions in nuclear entry and integration site. Beck has already strong ties with Funaya/Schwab with whom they cooperate on the development of CLEM approaches. Another important collaborator is Müller for analyzing relevant protein interactions in nuclear entry of HIV PIC.