Due to a move of the PI to University of Florida, Gainesville, USA, Project 14 was not continued after the second funding round. 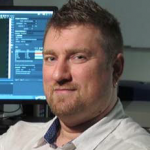 Intestinal epithelial cells (IECs) are polarized cells lining the surface of our intestinal tract with their apical side
facing the gut lumen and their basolateral side facing the lamina propria. Because of their barrier function,
IECs must tolerate the presence of the commensal microbiota while maintaining responsiveness against
enteric pathogens. This finely tuned balance is responsible for the establishment of an immuno-homeostatic
state in the gut and its dysregulation can lead to inflammatory bowel disease. The overarching goal of this
project is to understand how IECs mount such a tailored response and how they participate in the
establishment and maintenance of the gut immuno-homeostasis. In the current funding period, our aims were
to describe how the enteric virus reovirus infects IECs and to characterize the mechanisms established by
IECs to combat viral infection. We found that reovirus has established several strategies to initiate infection of
IECs and to interfere with their intrinsic immune response. Additionally, using human mini-gut organoids, we
could show that both type I and III interferons (IFNs) protect human IECs against viral infection and we could
identify differences by which these cytokines confer IECs their antiviral state. Importantly, we found that IECs
have developed mechanisms to distinguish pathogen infection emanating from the apical vs the basolateral
side: an apical infection induces a weak acute immune response mediated by both type I and III IFN whereas
basolateral infection is characterized by a strong prolonged type III IFN response. These observations highlight
the importance of studying the functions of IECs in their physiological polarized state and suggest an intrinsic
cellular mechanism to tolerate commensals (apical) while fighting invasive pathogens (basolateral). In the
second funding period, we therefore aim at defining the molecular mechanisms that govern the functional and
spatial differences of type I and III IFNs in IECs (aim1) and at expanding our understanding of mucosal
immunity to a tissue-like environment by considering IEC polarity within the three-dimensional cellular
architecture of the gut epithelium (aim 2).

In aim 1, together with Hoefer, we will exploit mathematical modeling to perform a comprehensive
characterization of the functional differences of type I and III IFNs from signal transduction to regulation of
signaling by receptor endocytosis/recycling and initiation of transcription (with Lusic). Our hypothesis is that a
type III IFN mediated response is specifically tailored, at the signal transduction level, to preserve gut immunohomeostasis
(efficient protection against pathogens while limiting pro-inflammatory signals).

In aim 2, together with Dao Thi, using human intestinal organoids, we will integrate, at the single cell level, the
intrinsic innate immune response of all intestinal epithelium cell types naturally present in the gut. Since our
intestinal epithelium is derived from the differentiation of stem cells to all intestinal cell types along the crypt/villi
axis, we will implement live-cell imaging of human organoids using light-sheet microscopy (with Kräusslich) to
monitor and characterize spreading of infection and immune response within the physiological crypt/villi axis
organization of the intestinal epithelium. This will allow us to better address how cellular polarity mediates an
asymmetric immune response and to characterize the importance of autocrine and/or paracrine signals in the
protection of cells during pathogen spread within a tissue-like environment. Ultimately, we will characterize the
impact of cellular differentiation along the crypt/villi axis on the innate immune response as an intrinsic
mechanism to better tolerate (or to respond less to) microbes present in the gut lumen.