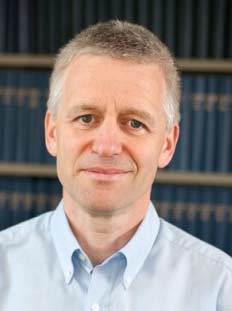 The Z3 project develops and provides Chemical Biology tools to SFB1129 and beyond. In the current funding
period, the Schultz group in collaboration with Ruggieri developed genetically encoded FRET sensors to
monitor virus entry into intact cells based on detection of double-stranded RNA. To monitor virus replication in
host cells by detection of newly produced nucleic acid, the Schultz group synthesized modified nucleotides
that are incorporated into viral genomes during replication. The nucleotides were equipped with a cyclopropene
group for specific fluorescent labeling via click chemistry. Initial proof of concept was performed in collaboration
with Kräusslich and Müller. Approaches to solve a general problem in intracellular fluorescent labeling, namely
the non-invasive introduction of highly charged sulfonated dyes into the cell interior, was another focus of the
Z3 project. Further, we were seeking to measure the activity of HIV protease in intact cells as a sensor for
spreading infection in complex tissues (for Müller, Kräusslich, Fackler). For this endeavor, the Schultz group
is currently developing a small molecule FRET probe based on the HIV protease inhibitor Darunavir. In the
next funding period, Kai Johnsson, who recently joined the Max-Planck-Institute in Heidelberg, will take over
the Z3 project since Carsten Schultz is moving to the US. Based on the long-standing chemical biology
experience of the Johnsson group, having developed several reagents widely used in the field (e.g., the SNAPtag
and the silicon-rhodamine (SiR) dyes), they will continue to make new fluorescent probes, new tools for
protein and DNA labeling and novel protein-based reporters of protein-protein interactions. The Z3 project will
provide support and chemical services for all members of the SFB with specific collaborations already
established with Kräusslich, Müller and Lemke and further requests from most SFB1129 projects. This work
should lead to the development of new visualization methods together with new ways of manipulating
biochemical activities.