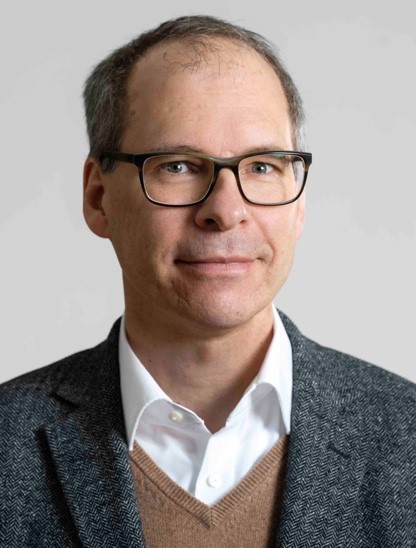 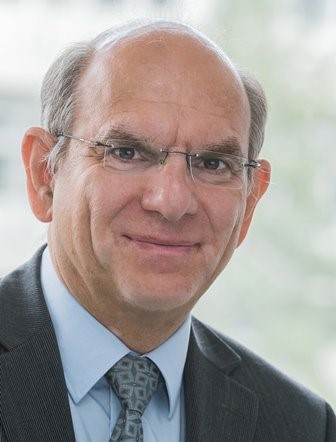 Malaria is caused by infection of red blood cells by Plasmodium parasites. Plasmodium falciparum infected red blood cells (iRBCs) cytoadhere to the vascular endothelium to avoid clearance by the spleen. Cytoadhesion is the main cause for the clinical symptoms of this most virulent form of malaria and requires a dramatic remodelling process of the host cell. After invasion, the parasite starts to export hundreds of effector proteins into the iRBC that result in profound changes in the host cell membrane and the actin-spectrin cytoskeleton underlying it. In particular, actin protofilaments are mined from the around 35.000 junctional complexes (JCs) and repolymerized to build new transport pathways towards the cell surface. The disintegration of the cytoskeleton leads to holes, into which a system of adhesive knobs is anchored (Fig. 1A). Their main component is the multi-functional protein knob-associated histidine-rich protein (KAHRP). The adhesin Plasmodium falciparum erythrocyte membrane protein-1 (PfEMP1) inserts into the knobs and forms adhesive clusters that can bind endothelial ligands such as CSA, CD36 or ICAM-1. The whole structure is supported at its base by a spiral scaffold that has only recently been discovered by electron microscopy (Fig. 1B).

During the second funding period, we have discovered that KAHRP initially also binds to the ankyrin bridges (ABs) before it relocalizes to the actin-based JCs, where it becomes a major component of the spiral (Fig. 1C).

For the third funding period, we plan to uncover the exact mechanism underlying KAHRP relocation and how it shapes the spiral scaffold. Our main hypotheses are that KAHRP-phosphorylation leads to the observed relocalization and that the spiral is built mainly from a host protein. To test these hypotheses, we will continue our KAHRP mutational analysis, based on site-directed mutagenesis of phosphorylation sites and an alanine linker scan. We have already generated 24 different endogenous KAHRP mutants in the parasite, which are currently being characterized. To causatively link pheno- and genotypes with loss of binding function, we will investigate these mutants using super-resolution microscopy.

We will further continue our efforts to reveal the molecular nature of the knob spiral and the role KAHRP plays in spiral formation by purifying spirals, performing proximity labelling and mass spectrometry, and resolving the structure using single-particle cryo-electron microscopy. 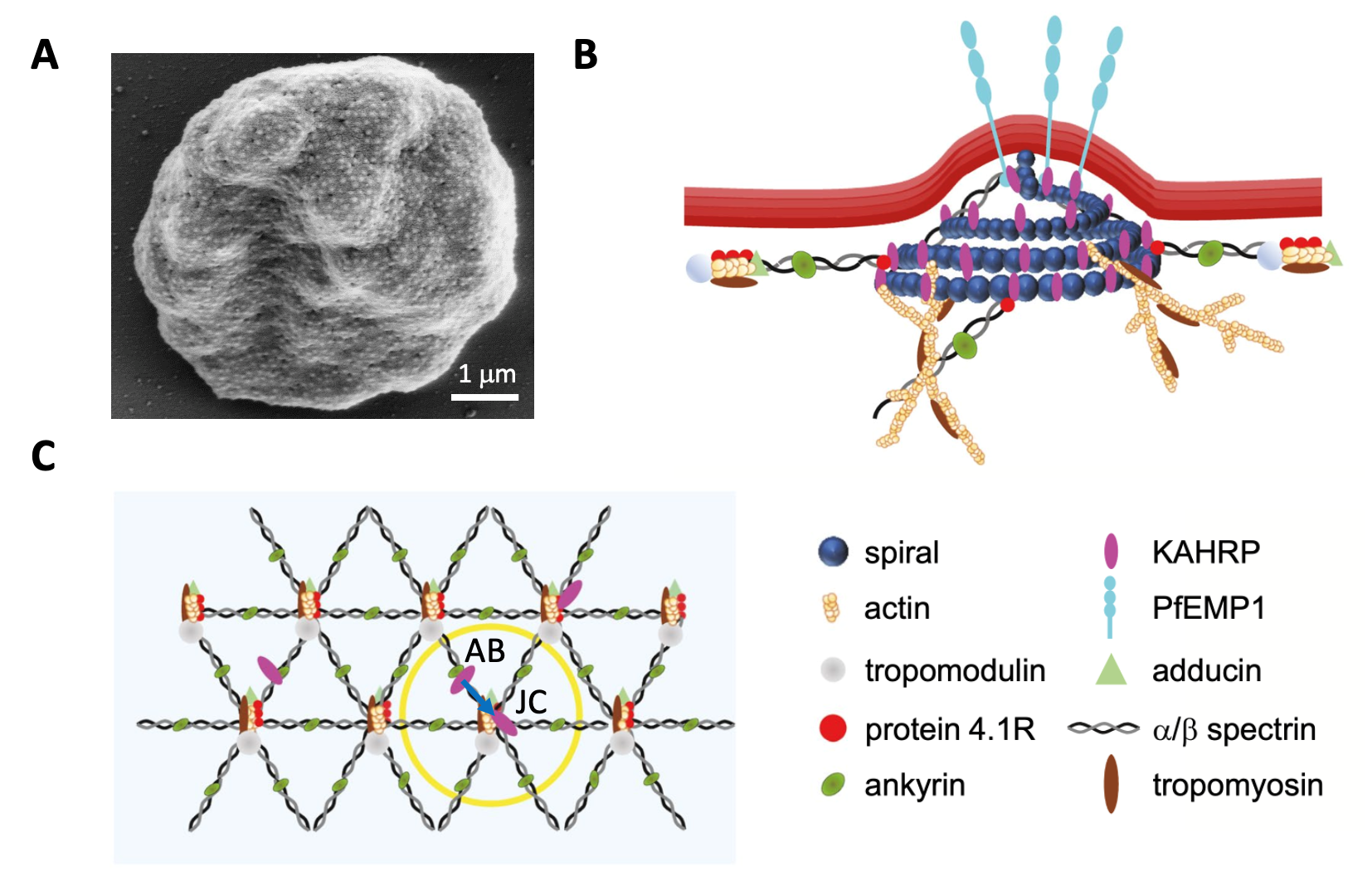 FIgure 1: Organization of the cytoskeleton in Plasmodium falciparum infected red blood cells (iRBCs). (A) iRBCs are covered with thousands of adhesive knobs. (B) Within each knob, the adhesion receptor PfEMP1 is localized to the tip of a spiral scaffold. One major component of the spiral is the parasite protein KAHRP. (C) KAHRP initially localizes to both ankyrin bridges (ABs) and junctional complexes (JCs), but later re-localizes mainly to the JCs, where also the knobs are being formed. (B) and (C) from Sanchez et al. 2021.

We will perform molecular dynamics (MD) computer simulations of KAHRP-phosphorylation and binding to different components of the RBC-cytoskeleton; the result of these simulations will then be used as input for more comprehensive Brownian Dynamics (BD) computer simulations of spiral formation and knob function.
Our model predictions will be tested in microfluidic experiments without and with cytoadhesion. Together, our combined approaches will provide an integrative understanding bridging from molecular to cellular scales of the way in which the parasite controls and uses iRBC-cytoadhesion. 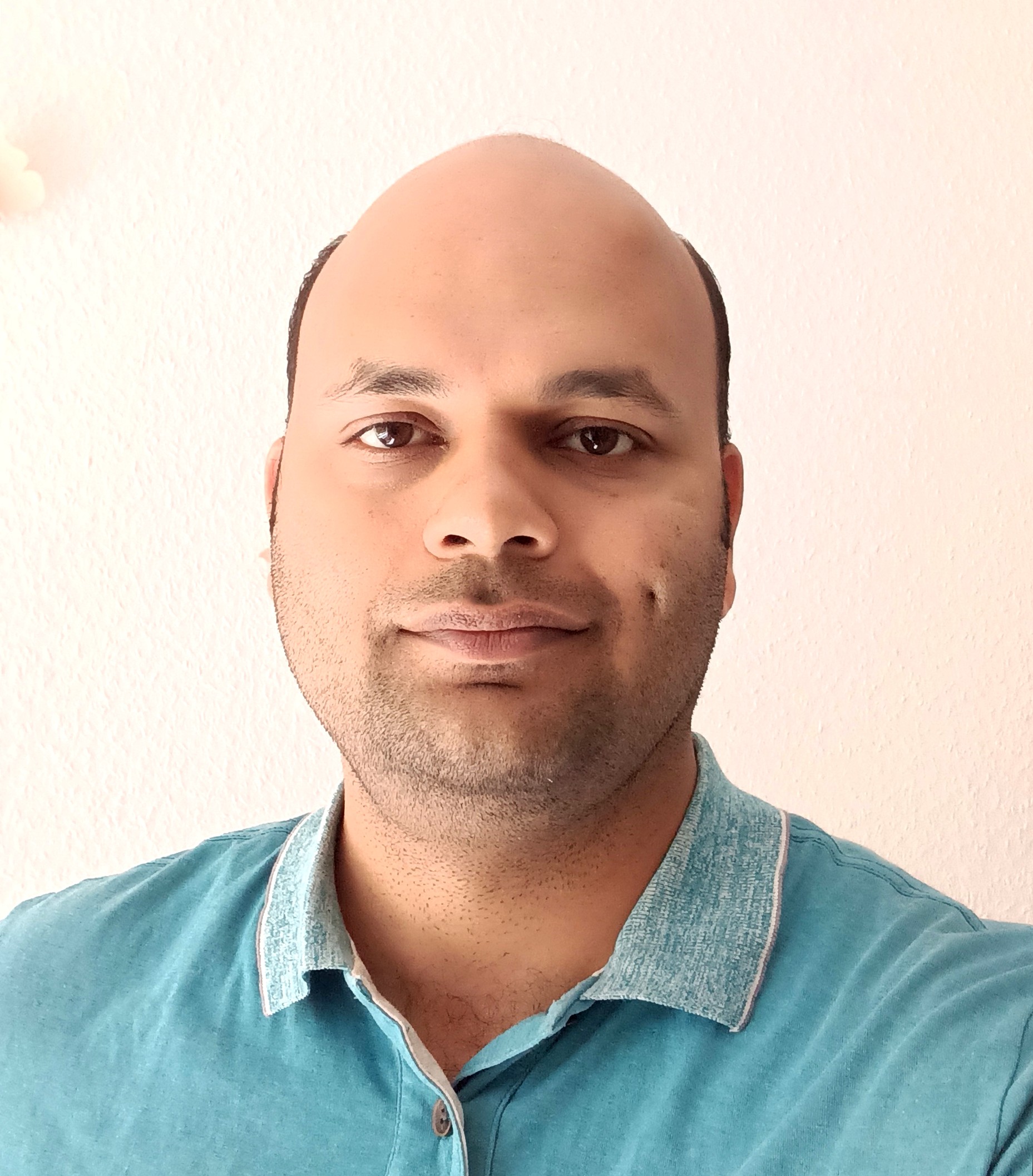